Shani Mootoo’s Valmiki’s Daughter: A Father and Daughter Struggle with Queerness in This Rich Sensual Novel

Posted on June 16, 2012 by CaseytheCanadianLesbrarian 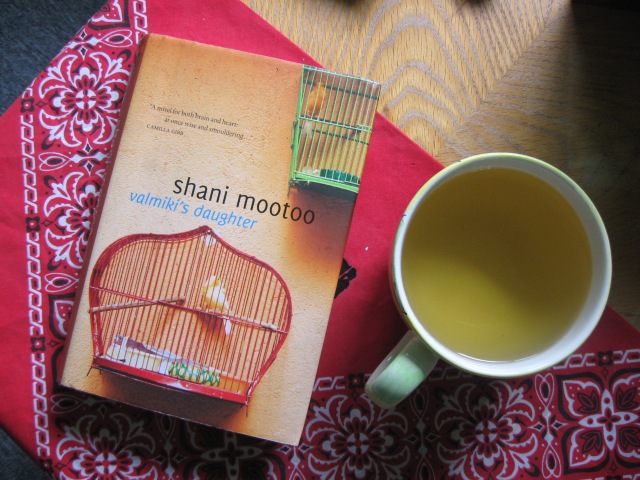 Any discussion at all of Shani Mootoo I must precede with an acknowledgement that I love, love, LOVE, her writing.  I think she’s one of the most talented writers or artists period whose work I am familiar with—she happens to be one of those disgustingly talented people who is not only an imaginative and brilliant writer but also a gifted visual artist and filmmaker.  So when I finally picked up her most recent novel Valmiki’s Daughter (2008), after being too swamped for too long with school work to fit time in to read it, the anticipation was killing me.  I pretty much devoured it in one day—it was the first thing I read when I decided not to continue my PhD, in fact.  The novel, indeed, forcefully pulls the reader in immediately, somewhat disconcertingly addressing “you” directly in the first section and, using an imperative tense, telling you where you are, what you see, smell, hear, and touch—and where to go next.  You are a visitor to San Fernando, Trinidad and Mootoo inundates you with vivid sensory details of the polyphonic, bustling city, the lush environment, and mouth-watering food: “a cacophony of sound, and a cacophony, yes, of smell.”  Once the setting has been so acutely marked on your senses, Mootoo moves into the narrative of her main characters: a father, Valmiki, and his daughter, Viveka.  The novel throughout shifts between the perspectives of different characters, mainly Valmiki and Viveka, but also Devika, Valmiki’s wife and Viveka’s mother, and their family friend Nayan and his new wife Anick.

The stories of Valmiki and Viveka are exquisitely told and expertly intertwined, parallel in many ways as each struggles, or accounts their struggles, with queerness; their paths, however, are never reduced to a simplistic tale where the repressed father’s desires are redeemed by the enlightened daughter.  In fact, if there was anything that felt unsatisfactory to me about the novel, it was that I sensed the future for Viveka beyond the scope of Mootoo’s narrative was bleak.  While I wouldn’t say there an absence of hope, Valmiki’s Daughter didn’t give me the impression Mootoo’s first novel Cereus Blooms at Night did, that the future was bright and queer—not perfect certainly, but promising and full of joy in many ways.  Perhaps, Cereus Blooms at Night imagines the world as it might be, whereas Valmiki’s Daughter dwells in the harsher realm of what is.  Valmiki’s struggle is certainly harsh, as well as heartbreaking and tragic.  He is too paralysed to try to actually help his daughter avoid the deadening denial of self he himself has suffered; he contemplates how he can save her from the painful memories of ecstatic same-sex relationships that haunt him but does not know how to enact such a rescue.  Valmiki is trapped in a kind of no-man’s-land, a glass closet in which others, such as his wife, know about his sexuality but he continues to refuse to acknowledge it—denying himself even a phone call to love of his life, with whom Valmiki “alone in all the world  … want[s] to speak” when his life makes him feel disoriented. 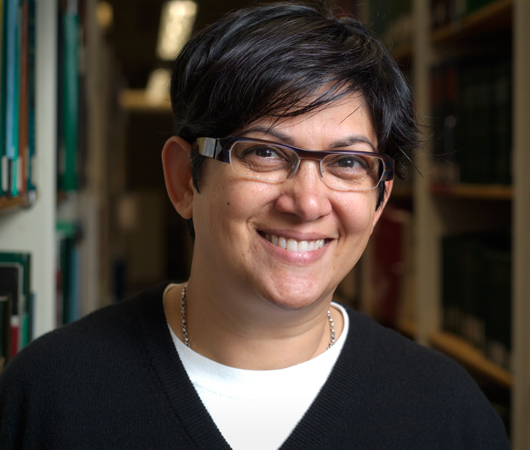 His daughter Viveka is a vibrantly sketched, genuine character, hesitantly expanding her sense of self and exploring her place in Trinidadian society, with all the nuances of race, gender, and sexuality that place might encompass.  She is particularly anxious about a woman her own age, Merle Bedi, whose queerness has led her down a path of poverty, homelessness, and sex work; Merle appears early in the novel to lurk thereafter as Viveka continues her slippery journey.  With aching beauty, Mootoo describes Viveka sometimes stumbling, sometimes tip-toeing, and finally diving into her sexuality—in a way that I won’t spoil for you here, if you haven’t read the novel yet.  I will prepare you, however, for the fiercely passionate, beautifully rendered love-making scene where “as if she had done it a thousand times before,” Viveka comes into full contact with her desires.

I was lucky enough to actually hear Mootoo read this passage—she admitted to not realizing quite how the steamy scene might make her feel reading it aloud until she was half way through it but she bravely persevered—at the weekend queer activist gathering Camp Out in Nova Scotia in 2009 my partner and some friends organized at the fabulous Mermaid and the Cow queer campground.  Mootoo and some other Canadian writers, including Wayson Choy, who also happens to be gay, were in rural Nova Scotia on a reading tour and when Mootoo and Choy heard about Camp Out, they decided to pay us a surprise visit, graciously doing readings for us.  Amaaaazing!  Mootoo’s speaking voice is just as lush as her written words, so I would suggest listening to this reading from the novel, so you can hear it for yourself.  Such a rich, sensual work like Valmiki’s Daughter needs to be read aloud and felt—with as many senses as possible.

Known in some internet circles as Casey the Canadian Lesbrarian, Casey Stepaniuk is a writer and librarian who holds an MA in English literature. She lives and works in the unceded territory of the Snuneymuxw First Nation (Nanaimo, BC). Topics and activities dear to her heart include cats, bisexuality, libraries, queer (Canadian) literature, running, and drinking tea. She runs the website Casey the Canadian Lesbrarian, where you can find reviews of LGBTQ2IA+ Canadian books, archives of the book advice column Ask Your Friendly Neighbourhood Lesbrarian, and some other queer, bookish stuff. She also writes for Autostraddle. Find her on Twitter: @canlesbrarian. Some of her old reviews, especially the non-Canadian variety, can be found at the Lesbrary.
View all posts by CaseytheCanadianLesbrarian →
This entry was posted in Canadian, Caribbean, Coming-of-age, Fiction, Gay, Lesbian, Postcolonial, Queer, Shani Mootoo, South Asian and tagged books, Canadian Fiction, House of Anansi, literature, Postcolonial Fiction, Queer Fiction. Bookmark the permalink.

3 Responses to Shani Mootoo’s Valmiki’s Daughter: A Father and Daughter Struggle with Queerness in This Rich Sensual Novel