Posted on April 13, 2013 by CaseytheCanadianLesbrarian

Wow: so a lot of folks have things to say and feelings, feelings, feelings about being queer book detectives and queer readers and queer writers.  I honestly was not expecting the response that I’ve gotten to Why I Don’t Want to Be a Queer Book Detective Anymore (Although I Do Still Want to Be Harriet the Spy).  So thanks to all of you (possibly new) readers who’ve checked out and shared the post!  Especially those of you in Australia (who knew queer women in the Southern hemisphere would be reading my little Canadian blog!).  Unfortunately for me a lot of the fascinating responses and debate have been going on on tumblr, a site which I admit until yesterday I was totally confused by.  I’m still not exactly sure how to tell who is saying what and who is just re-posting stuff other people said.  I wanted to reply to everyone, but I don’t have tumblr (maybe I need to get it?), so here I am writing another post on my blog and hoping that linking to various tumblrs will let folks know I am responding. 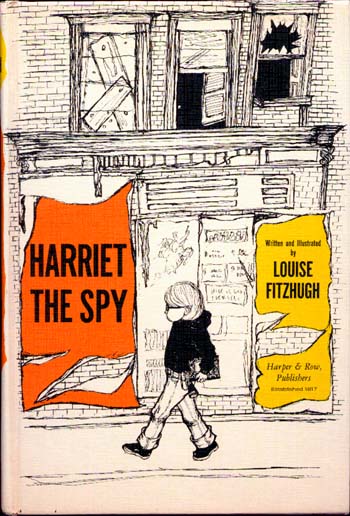 No one has mentioned Harriet the Spy, though, which is disappointing. She’s an amazing pre-baby dyke!

So there’s this response, from lesbian author Sarah Diemer.  I assume she’s reacting only to the paragraph that Danika from the Lesbrary kindly posted on FY Lesbian Literature, which is this one:

“I don’t want the priority reading audience for our books to be non-queers. I don’t want them to be palatable to straight and cisgendered people. I don’t want publishers to have their cake and eat it too: slyly de-queer the book to appeal to cis/straight audiences and assume LGBTQ folks will figure it out and buy the book too. As Imogen Binnie unabashedly proclaimed at a recent reading in Vancouver from her new novel Nevada, which features a trans woman protagonist: “I don’t care if straight people read it.” I understand that literature is a very powerful activist tool and that non-queers reading about queers is a great thing. I can see that by not proclaiming their queer content on the cover that some books are going to gain readership they might not otherwise and that this reading experience might be transformative for said non-queer people and could positively impact their interactions with queers in the future. But that’s not as important to me as a queer person who needs queer literature finding and reading it.”

Let’s just plug Imogen Binnie and her novel Nevada again, shall we? I wish there were more trans lesbian novels to talk about!

So Diemer has a really interesting and important perspective as an author.  But I sense a kind of accusatory or defensive tone in her response that is out of tune with my article as a whole.  She’s actually addressing quite a different topic than I am.  She writes, for example:

“Let’s be honest—I would love more lesbians to be reading my work. I’m a lesbian author of lesbians books—I want, desperately, for lesbians to find my stories and read them. But then lesbians need to start buying lesbian books, and queer people need to start supporting queer authors much more than they’re doing.

About ninety percent of the people who buy my books are straight. I am ONLY able to make a living being a lesbian author BECAUSE of straight people. I’m incredibly, incredibly grateful for that, because I want to do one thing, and one thing only in this lifetime: write lesbian books. BUT I CAN’T DO THAT IF I AM SOLELY DEPENDING ON LESBIANS OR QUEER PEOPLE TO SUPPORT MY WORK.”

I’m sorry to hear that her experience as an author is that queer women are not adequately supporting her work, financially or otherwise (because, to be clear: it’s unreasonable to expect all LGBTQ folks to be able to afford to buy new books).  I personally haven’t read any of Diemer’s work, but I’ve been quite focused on Canadian writers for a while now, and she’s American.  And let’s face it, there are a ton of diverse queer women authors out there these days and that’s a great thing.  I’m glad to hear that allies are supporting her writing, and, indeed, I never intended to imply that it would be viable for a queer writer to subsist only on LGBTQ readers buying their work.  As a lesbian reader, though, I think I’m doing more than my fair share to support LGBTQ books and authors; I mean, my blog is essentially free advertising for them.  Also, that’s not what I was writing about at all in my recent post.  The writers over at Bisexual Books got what I was saying and respond to Diemer’s argument that queers aren’t buying enough queer books:

“In Casey’s original post, she was arguing for more easily identifiable queer fiction. She wanted more queer books that acknowledged their queer audience. Sarah Diemer turned it into a plea for queer people to buy more queer books, but the thing is: I won’t spend money on things that I don’t want.* This doesn’t mean that I don’t want queer books; it just means I’m a little more picky than that.”

The writer at Argyle’s Sock Drawer—awesome name by the way—also understood what I was getting at and constructed this response to Diemer:

“I experience more frustration on this point than you can imagine, and my basic response to Sarah Diemer, I haven’t given up on queer literature because I read one book and thought it was terrible. I’m desperate for it. But if you want me to read your books, please, write the kinds of books I want to read.

Casey, the Canadian Lesbrarian on the other had has a far, far more valid point. Trying to figure queer content, even when it exists, is endlessly frustrating, and sometimes extremely disappointing. I’ve lost track of the number of times I’ve guessed wrong. Seriously, if publishers don’t want to say ‘here there be gay’ in the back cover text, can they just put a little rainbow or a pink triangle on the book’s spine, so we know?” 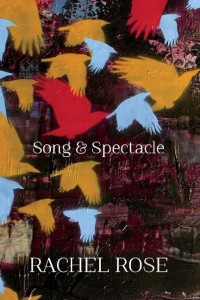 These writers emphasize that it’s unreasonable to expect all queer women readers to be interested in all different kinds of LGBTQ literature.  They express frustration with trying to find the kind of queer lit they want to be reading.  This is my frustration as well.  For example, this collection of poetry on the left by Vancouver poet Rachel Rose is one kind of queer lit–accessible but smart lesbian poetry–that I’ve been looking for.  But I only found out about it when the publisher emailed me to let me know it had been nominated for a Triangle Award.  And the author lives in the same city as me!

“If people talk about lesbian books on just a lesbian site (not a book site or book blog, just a site with lesbian content + culture on it), MOST of the comments will say that they don’t want to bother trying any of the books because they’re all going to be bad.”

It’s fascinating to me that the conversation took this direction.   I have honestly never encountered this so-called lesbian bias against lesbian fiction.  I read Autostraddle pretty regularly and have never seen any such dismissive comments on their book posts.  I haven’t seen anything on AfterEllen either, and that site is relatively mainstream.  My understanding is that the recent creation of a lesbian book club based out of that site has been met with a lot of enthusiasm.  Danika writes that she has come across this phenomenon, though:

“I have found this myself in trying to publicize lesbian books. Many lesbians are convinced that all lesbian books are bad, and aren’t willing to try any anymore. This really connects to Piercing Fiction’s post: It’s time to be more discriminating in [lesbian] books. Basically it seems to be that we have this camp of lesfic readers who are cheerleaders for all lesbian books, even the most poorly written, terribly edited ones, and this results in a larger camp of readers thinking that all we have to offer are poor-quality books, and they then refuse to read any lesbian books.

The way I see it, we have to support the lesbian authors and publishers that are putting out quality work, and we have to be honest about the ones that aren’t.”

Perhaps I am living in a bubble of quality literary-loving LGBTQ women—I am writing this after getting home from a packed, enthusiastic launch for Amber Dawn’s memoir How Poetry Saved My Life, after all.  In any case, I do think that it’s important to be forthcoming in my reviews, and I always try my best to be.  Fair, but always honest.  I really hope this “lesbians hate lesbian books” thing is on its way out, if it was ever really that pervasive to begin with.

Known in some internet circles as Casey the Canadian Lesbrarian, Casey Stepaniuk is a writer and librarian who holds an MA in English literature. She lives and works in the unceded territory of the Musqueam, Squamish and Tsleil-Waututh First Nations (Vancouver, BC). Topics and activities dear to her heart include cats, bisexuality, libraries, queer (Canadian) literature, running, and drinking tea. She runs the website Casey the Canadian Lesbrarian, where you can find reviews of LGBTQ2IA+ Canadian books, archives of the book advice column Ask Your Friendly Neighbourhood Lesbrarian, and some other queer, bookish stuff. She also writes for Autostraddle, Book Riot and Inside Vancouver. Find her on Twitter: @canlesbrarian. Some of her old reviews, especially the non-Canadian variety, can be found at the Lesbrary.
View all posts by CaseytheCanadianLesbrarian →
This entry was posted in Amber Dawn, Canadian, Fiction, Lesbian, News, Non-Canadian, Poetry, Queer, Trans, Trans Feminine and tagged book blogs, books, LBGTQ, literature, sarah diemer. Bookmark the permalink.

Leave a Reply to Danika @ The Lesbrary Cancel reply