“how to live with the baggage of life”: A Review of Jane Rule’s Memoir TAKING MY LIFE

Posted on May 19, 2016 by CaseytheCanadianLesbrarian 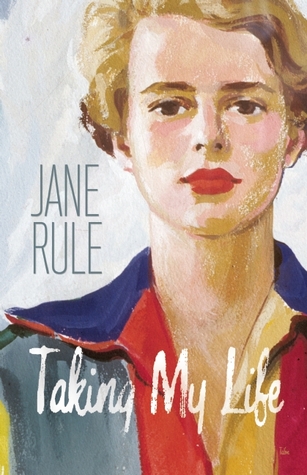 I want to start off this review with a confession: Taking My Life, legendary Canadian lesbian writer Jane Rule’s memoir, was given to me as a review copy for this blog not long after I first began it in 2012. So, uh, it’s taken me like four years to read and—finally—review this book. I feel totally guilty for not holding up my end of the bargain, at least in a somewhat timely fashion. But I am finally writing this review in the end, and that’s got to count for something, right?

I’m not really sure why I put off reading Taking My Life. After all, Jane Rule is one of the foremothers of queer women’s writing in Canada and this memoir is her last known work. She’s a hella interesting early lesbian writer with a unique style, and if you haven’t read any of her books, you’ve at least heard of the film version of one of them, Desert Hearts. (The book, published in 1964, is titled Desert of the Heart and is an astonishingly complex look at a lesbian relationship). I’ve also reviewed another, (relatively) more recent novel of Rules’s Memory Board, which is set in Vancouver and is a fascinating look at a younger, more conservative Vancouver and a totally different generation’s understanding of queer identity.

Rule definitely has a distinct trademark style, which is evident even in Taking My Life. Her writing is dry, ironic, unemotional, and direct, yet understated. It is not the kind that you whip through; rather, it’s a languishing over, doubling back to catch the dry humour kind of prose. I find her style endlessly captivating while at the same time frustrating, like there are emotional truths and impact that Rule is just not giving me. After reading just the first paragraph of the memoir, I was taken aback, having forgotten what her writing was like:

Writing an autobiography may be a positive way of taking my own life. … I may be able to learn to value my life as something other than the hard and threateningly pointless journey it has often seemed. … No plan for a story or novel can rouse my imagination, which resolutely sleeps, feeding on the fat of summer. And so, I take my life, with moral and aesthetic misgivings, simply because there is nothing else to do. 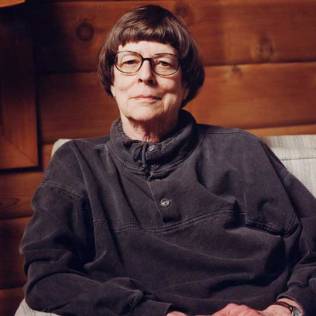 All right, so she readily admits she’s not really sure this whole memoir thing is going to work out; in fact, she likens the entire thing to suicide and claims that she’s only writing this account—which ends up telling the story of the first twenty-one years of her life—because she literally has nothing else to do and she’s bored. What a beginning.

On the next page, Rule calls her own mother “a materially spoiled and emotionally depraved only child.” On the next, this is how she describes her brother: “He was instinctively tactful, never made the blundering comments that were to become my trademark; yet he couldn’t distinguish between what had happened and what he made up. His teachers thought of him as overly imaginative. I suspect it was I, a moral primitive, who first called him a liar.”

Don’t hold back, Jane, tell us how you really feel. It’s this kind of refusal to beat around the bush and to get right to the psychological heart of her characters—real and fictional and, even in the case of this book, her own self—that make Jane Rule such a thought-provoking author. She’s never cruel, but she is brutally honest. It’s a trip to see her use these same strategies I recognize from her fiction when she’s writing about her family and friends. 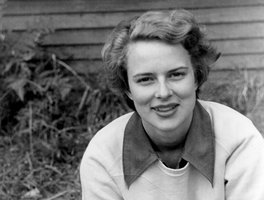 A young Jane Rule in her college years; one of the archival photos from the memoir

Admittedly, this memoir likely won’t intrigue you much unless you’re already a fan of Jane Rule or you have a special interest in 20th century herstory. If you fall into either of those camps though, you’re in for a treat. Rule’s life, while not exceptional by any stretch of the imagination, is really quite interesting and it’s fun to look for the hints of her impending lesbian identity and career as a writer as she accounts for her early life. The book is also dotted with some lovely archival photos of a young Rule and a lot of her family members, friends, and lovers; as well, it sports an absolutely gorgeous cover featuring a painting of Rule by Ann Smith, who was a friend and lover of hers.

Like in her novels, Rule fills Taking My Life with some astonishingly acute observations about human behaviour. Take, for example, this seething, yet level-headed indictment of heterosexual norms:

Certainly most of the relationships I observed between the young women and men I knew had the same flavour of inauthentic romance I so mistrusted in Arthur [her brother]. The men wanted sex as cheaply as it could be had. The women wanted sex for as much as they could charge in attention, entertainment, and engagement rings. The women didn’t want to be known as cheap lays. The men didn’t want to be known as easy meal tickets.

In contrast, Rule describes her love—platonic and not-so-platonic—for women as completely different:  not self-interested, pure, and passionate. Looking back on her love for women, Rule writes that “I’m sure I was confused at the time. I seemed to hold two mutually exclusive views, that my love represented what was best in me and that it was a sin. Or more ambiguously and truly put, what was specifically good and generally bad.” Interestingly, Rule also writes at length about the non-possessive quality of her love for and relationships with women and how she and her lovers carry on relationships with other people at the same time as they move in and out of the same places in the world. The whole thing seems to me like a fascinating precursor to polyamory, before it was called that, of course.

And one more photo of Jane Rule, mostly because I think this one’s sexy (via amazon.com)

The memoir ends with Rule moving to England with a lover, having moved on from unrequited relationships, and ones where the women encouraged her to direct her love in a more suitable direction—i.e., men. It’s a shame that we don’t get to read more of her coming into her identities as a writer and a lesbian, because it seems like the memoir ends just when those parts of herself are really taking off. It makes me wonder what Rule would have thought about this distinctly unfinished piece of work. Taking My Life could have become a full autobiography, but it was published after her death, having been found in an archive in Vancouver by an academic (a fascinating story in its own right, I might add, that is told in the afterword). Did Rule not publish this because she didn’t want to? Would she not have wanted it published because it was unfinished? Did she not want to finish writing it?

But in the end, moral questions aside, I’m glad this work is accessible to the larger public, and in this gorgeous edition to boot. Rule has a lot to teach us, still, even after her death, about how “to learn how to live with the baggage of … life, its rhythms of failure and rebirth.”

Known in some internet circles as Casey the Canadian Lesbrarian, Casey Stepaniuk is a writer and librarian who holds an MA in English literature. She lives and works in the unceded territory of the Musqueam, Squamish and Tsleil-Waututh First Nations (Vancouver, BC). Topics and activities dear to her heart include cats, bisexuality, libraries, queer (Canadian) literature, running, and drinking tea. She runs the website Casey the Canadian Lesbrarian, where you can find reviews of LGBTQ2IA+ Canadian books, archives of the book advice column Ask Your Friendly Neighbourhood Lesbrarian, and some other queer, bookish stuff. She also writes for Autostraddle, Book Riot and Inside Vancouver. Find her on Twitter: @canlesbrarian. Some of her old reviews, especially the non-Canadian variety, can be found at the Lesbrary.
View all posts by CaseytheCanadianLesbrarian →
This entry was posted in Canadian, Jane Rule, Lesbian, memoir, Non-Fiction, Queer, Vancouver and tagged Canadian authors, Feminist, herstory, LGBTQ, literature. Bookmark the permalink.

8 Responses to “how to live with the baggage of life”: A Review of Jane Rule’s Memoir TAKING MY LIFE