Posted on January 10, 2017 by CaseytheCanadianLesbrarian

I’m gonna get right to the list in a second here, but I just want to tell you all how excited I am that all these writers are out there creating their amazing art and that publishers like Topside Press, Arsenal Pulp Press, Kegedonce Press, and Metonymy Press are putting it out into the world. I could not have written this list when I first started this blog almost five years ago.

Y’all are seriously missing out if you are not reading Casey Plett, who hails from Winnipeg. Her debut collection of short stories A Safe Girl to Love is one of the best books I’ve ever read (and I’ve read a lot of books). (Read my full review here!). If you’re looking for a writer who really, really, gets people—from twentysomething urban cis, trans, and queer folks to a 7o-year-old cis Mennonite guy to a cat channeling the spirit of an old English dude—Plett is your woman. She’s applied these talents to a book dedicated to relationships between trans women: romantic, friend, and mother-daughter, resulting in a stunning collection that will not disappoint you. If you like Zoe Whittall’s work, especially Holding Still For As Long As Possible, you’ll love Plett. It’s no wonder she won the 2015 Lambda award for trans fiction. This year, you can look forward to an anthology of trans speculative fiction that Plett edited, coming out with Topside Press (who published her first book as well). You should also read this super smart article she wrote for The Walrus about trans novels by cis authors.

I just finished reading wilson-yang’s debut novel Small Beauty and I’m so mad at myself for not reading it sooner! It was so good. Obviously the folks at the Writer’s Trust of Canada, who give out the Dayne Ogilvie Prize, thought so too, as wilson-yang received an honour of distinction last year. Small Beauty is a meditative but engaging novel about Mei, a young trans women dealing with grief and family secrets while taking a break from urban life, staying at the small town house of her aunt and cousin who’ve passed away. What I really loved about this book was it didn’t do any explaining. Mandarin words are presented in pinyin (i.e., romanized letters), characters eat Chinese food—not the beef and broccoli kind, transmisogynist shit happens, people who know and are related to Mei appear, all without any apologies or unnecessary description that would assume any of these things are anything other than just life. It felt so real. wilson-yang is a mixed race writer and musician living in Toronto and a new-to-me author I’m very excited about. 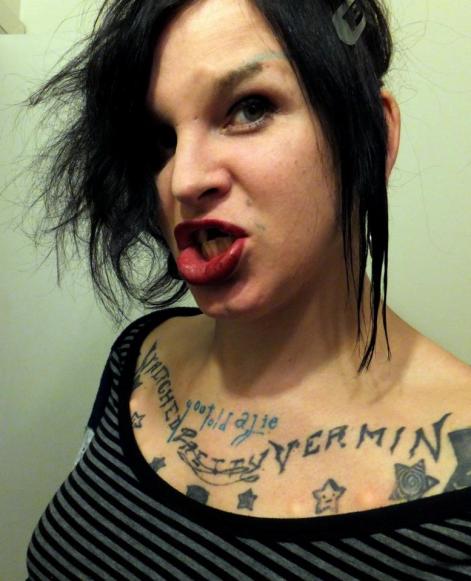 Sybil Lamb—who’s originally from Ottawa—wrote a book called I’ve Got a Time Bomb in 2014 and somehow the rest of the world failed to recognize that a fucking genius had officially entered the literary world. It is truly, truly one of the most unique, weirdest books ever written and it should go down in literary history if there’s any justice in this world. I wasn’t being hyperbolic when I compared it to Tristam Shandy and Joyce’s Ulysses in my review. It follows a character also named Sybil, on a rambling journey in a modified ice cream truck through post-Katrina / post-apocalyptic “Amerika” after surviving a hate crime. The entire novel is a hallucinatory, fever dream, full of Lamb’s stunning, poetic and impressively fresh writing that is not the least bit show-offy. It’s also funny as hell and you will grow to love Sybil the anti-heroine. To top it all off, the book is full of kooky, evocative illustrations that Lamb did herself (see the cover art for an example). Am I ever excited to see what she does next. See my full review here.

Kai Cheng Thom, who lives in Montreal and Toronto, has suddenly appeared on my radar these last few months or so, which probably means she’s been working away for years on her art and I just didn’t notice. Her first novel, Fierce Femmes and Notorious Liars: A Dangerous Trans Girl’s Confabulous Memoir, came out in November 2016. The blurb describes it as a “highly sensational, ultra-exciting, sort-of true coming-of-age story of a young Asian trans girl, pathological liar, and kung-fu expert who runs away from her parents’ abusive home”; she finds her true family of trans femmes, who band together to form “a vigilante gang to fight back against the transphobes, violent johns, and cops that stalk” their part of town. This sounds delightfully like Amber Dawn’s Sub Rosa but also like its own brand of trans femme magic. If that isn’t enough, Thom also has her first book of poetry coming out this year, A Place Called No Homeland. It interrogates body, land, and language, pulling from traditions of oral storytelling, spoken word, and queer punk. You should also check out her great book reviews and interviews on Autostraddle. 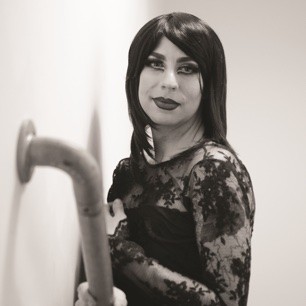 I have Kai Cheng Thom to thank, actually, for introducing me to Gwen Benaway’s work. Thom’s thoughtful review of Benaway’s poetry collection Passage and interview had me completely sold. In Passage, which just came out last month, the two-spirit poet (she’s Métis and Anishnaabe) writes about survival, violence, colonization, and trans femme gender and desire. It’s a book rooted in Benaway’s ancestral homeland around the Great Lakes and Northern Ontario and one where Benaway “seeks to reconcile herself to the land, the history of her ancestors, and her separation from her partner and family by invoking the beauty and power of her ancestral waterways.” If you know (and thus love) the work of Leanne Betasamosake Simpson (Islands of Decolonial Love), you’ll be excited to know she blurbed Benaway’s book, saying “With equal parts warm light and raw bone, this stunning collection burns away the legacy of erasure and upheaval. If the lake could write poetry, this collection would be it.” Benaway writes: “nothing is more beautiful / than a woman who knows / exactly what she wants / and what I want / is myself.”

In case you missed it, I wrote a review of Vivek Shraya’s debut poetry collection Even This Page is White a few weeks ago. “Spoiler”: I loved it. Beautiful, accessible, smart, and playful, Even This Page is White is the kind of book you want to re-read right after finishing and then go out and buy a copy for a friend. Tackling racism in its many insidious forms, the book is both educational and healing, even while Shraya plays with different poetic forms and visuals on the page. Like so many talented artists, Shraya is at home in many formats, including different kinds of visual art and music. She also published a novel called She of the Mountains in 2014, a lyrical novel of two narratives: a re-imagining of Hindu mythology and a contemporary story about an unnamed feminine protagonist exploring bisexual identity. In addition her first book of poetry, Shraya also published her first children’s book last year, The Boy and the Bindi, about a young boy who’s fascinated by his mother’s bindi. A hard-working, prolific artist as she is, I’m sure we can be excited about whatever new work she’ll be putting out in 2017.

Bonus! Did you know I started a Patreon for Casey the Canadian Lesbrarian last week? Patreon is a site where creators of all sorts of things can make some money via subscription payments from their readers/etc. It can be as little as a dollar a month! Help me continue to be able to devote time to this site and you can win stuff like queer books and postcards with personalized book recommendations! Click on the link for more details and to sign up.

Known in some internet circles as Casey the Canadian Lesbrarian, Casey Stepaniuk is a writer and librarian who holds an MA in English literature. She lives and works in the unceded territory of the Musqueam, Squamish and Tsleil-Waututh First Nations (Vancouver, BC). Topics and activities dear to her heart include cats, bisexuality, libraries, queer (Canadian) literature, running, and drinking tea. She runs the website Casey the Canadian Lesbrarian, where you can find reviews of LGBTQ2IA+ Canadian books, archives of the book advice column Ask Your Friendly Neighbourhood Lesbrarian, and some other queer, bookish stuff. She also writes for Autostraddle, Book Riot and Inside Vancouver. Find her on Twitter: @canlesbrarian. Some of her old reviews, especially the non-Canadian variety, can be found at the Lesbrary.
View all posts by CaseytheCanadianLesbrarian →
This entry was posted in Asian, Fiction, Indigenous, Poetry, Short Stories, South Asian, Trans, Trans Feminine, Transgender and tagged Arsenal Pulp Press, Kegedonce Press, Metonymy Press, topside press. Bookmark the permalink.

14 Responses to Six Canadian Trans Women Writers You Should Know