Posted on June 15, 2017 by CaseytheCanadianLesbrarian 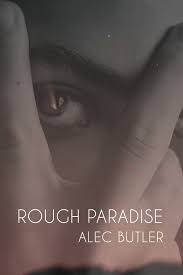 It’s not every day that you read a book that reminds you of one of the most important and powerful queer books ever written: Leslie Feinberg’s Stone Butch Blues. But this is exactly what I was thinking while I was reading Rough Paradise by playwright, filmmaker, fiction writer, and 2spirit/trans/intersex activist Alec Butler. Both novels share a raw, no-holds-barred look at trans/gender, class, and violence that have a strong sense of urgency to bear witness and share queer/trans history and stories, especially the ones of struggle, resistance, and resilience.

Rough Paradise is also the first book about an intersex character by an intersex author that I’ve ever read and had the pleasure to review on Casey the Canadian Lesbrarian. I’m excited to share this book with you all! Rough Paradise follows a teenager named Terry Tomey, an intersex young person whose arrival at puberty has brought his condition front and centre. At the start of the narrative, which is set in the 60s/70s (I can’t remember as it was a while ago that I finished this book!), he is struggling to communicate his gender and sexual identities to his parents, being abused at the hands of medical professionals, and having suicidal thoughts. His meeting Darla, a fellow queer and mixed-race Indigenous person, comes just at the right time. But Darla is dealing with demons of her own, and with the odds so stacked against them, it’s uncertain if their love will be enough to save them. Can they escape the abuse of colonization, intersex/homo/transphobia, sexism, rape, and more? As young people, who can they trust to be their allies?

Rough Paradise is a novella at a mere 124 pages (in fact it’s published by Quattro Fiction, which focuses on novellas), but it manages to play around with many different genre conventions in its short space. The main character Terry is a teen, and the story is told from his first-person perspective. Butler has captured that certain kind of naïve and exuberant teenage voice that I’ve seen only rarely in YA fiction. It doesn’t feel like a story told by an older Terry, looking back on his teenage years; it feels very rooted in those moments, and in that youthful, unknowing point of view. The novella feels almost like a teen’s diary, circling back on the same themes, using the same emphatic language just like a teen would. So on those grounds Rough Paradise feels very YA.

We lie down on the quilted comforter made by my grandmother whom I have never met. We hold each other in the full moonlight that lights up the night sky, our hearts beating together. It is so perfect, this moment. It’s like the rest of our fucked-up word faded away. I know that our grandmothers, both hers and mine, are close to us right now, protecting us.

I had read many love poems at the Library, and many times they said that this is what love does; it fucks you up. But you really don’t get it from reading the poems, until you fall in love yourself. Does it fuck everybody up this good? This bad?

Throughout Rough Paradise also had a kind of fairy tale, timeless feel despite the fact that it’s quite grounded in material realities. The opening line is, after all, very reminiscent of a fairy tale: “I live on a beautiful, magical Island Paradise of beaches, mountains, rivers, and pristine lakes.” The book continues to capitalize “Island,” as well as other place names and occupations, like the “Library,” “Doctor,” the “Overpass,” the “Mainland,” suggesting that not only are these physical, specific locations and people, but also stand-ins for the standard/generic things they represent. The “Doctor” is an individual performing horrific anti-intersex acts, but also an undeniable representative of the medical institution. Every capitalization gives whatever Butler is writing about a mythic sensibility. 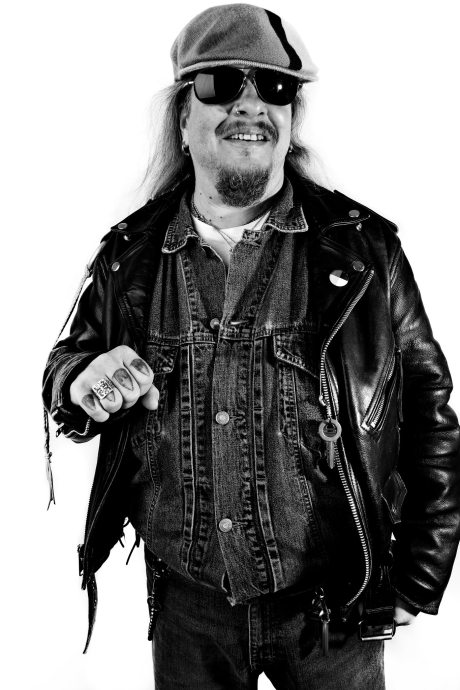 Mixed in with the fairy tale nature of Rough Paradise is the fact that the setting has an unmistakably Maritime feel, even if it is never specifically named. The disconnect of life on the isolated island, the looming feel of the mainland and the freedom it represents, the working class reliance on resource extraction industries, the colonization of Indigenous (Mi’kmaq) people, all of these details reminded me of the east coast. I’m always on the lookout for queer Canadian books set on the east coast, since for whatever reason there don’t seem to be very many of them. So if you’ve been searching too, Rough Paradise is one of the few!

The ending to this short yet powerful tale is the epitome of that idea that every ending is really just another beginning. Terry drives off on his second-hand motorcycle, leaving the Island behind for the “Big Smoke” on the mainland. The narrative, which has told the story in present tense up until this point, shifts to the future:

I am going to ride down, up, and around the asphalt traffic cloverleaf on a real motorcycle. Say goodbye to the Overpass, and Steel Plant-dominated skyline, and the prison created where the sky meets the water… Hopefully, for good. I’m going to make it across the Causeway, off the Island and onto the Mainland on my two-wheeled freedom, on my way to the bright, pretty, pink neon lights of the Big Smoke. Where my life awaits. Where I might find Darla. Where I might fall in love, again.

If you’re interested in hearing more about Butler’s personal story and how it intersects with the material in the novella, his website is a wealth of information and super interesting.

Bonus! Did you enjoy this post or find it useful? Consider supporting me on the Patreon for Casey the Canadian Lesbrarian! Patreon is a site where creators of all sorts of things can make some money via subscription payments from their readers/etc. It can be as little as a dollar a month! Help me continue to be able to devote time to this site and you can win stuff like queer books and postcards with personalized book recommendations! Click on the link for more details and to sign up.

Known in some internet circles as Casey the Canadian Lesbrarian, Casey Stepaniuk is a writer and librarian who holds an MA in English literature. She lives and works in the unceded territory of the Musqueam, Squamish and Tsleil-Waututh First Nations (Vancouver, BC). Topics and activities dear to her heart include cats, bisexuality, libraries, queer (Canadian) literature, running, and drinking tea. She runs the website Casey the Canadian Lesbrarian, where you can find reviews of LGBTQ2IA+ Canadian books, archives of the book advice column Ask Your Friendly Neighbourhood Lesbrarian, and some other queer, bookish stuff. She also writes for Autostraddle, Book Riot and Inside Vancouver. Find her on Twitter: @canlesbrarian. Some of her old reviews, especially the non-Canadian variety, can be found at the Lesbrary.
View all posts by CaseytheCanadianLesbrarian →
This entry was posted in Canadian, Erotica, Fiction, Indigenous, Queer, Trans, Trans Masculine and tagged Intersex. Bookmark the permalink.