Posted on February 6, 2018 by CaseytheCanadianLesbrarian

Paige Allen is a a 24-year-old navigating corporate life in Greater Boston by day; by night, she is, in her own words, “a passionate fangirl and supporter of superheroes, comics, science fiction, fantasy, YA fiction and the Food Network.” In particular she enjoys using her position as a queer, black, diaspora’d feminist to look at all those things from a critical and analytical perspective. Paige is also a junior editor at Bookmarked, the book vertical of Bleating Heart Press, as well as a freelance writer with bylines in Harper’s Bazaar, Geeks of Color, and Black Girl Nerds. She would love if you wanted to geek out with her on Twitter @goodbye_duppy! 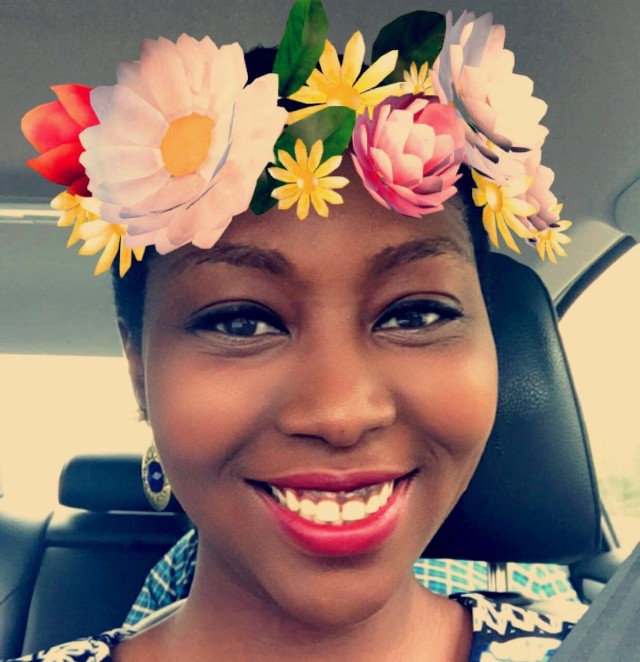 Keep reading to hear Paige talk about queer fan fiction, An Unkindness of Ghosts by Rivers Solomon, today’s queer renaissance in publishing, how important representation in media is for marginalized people, and more!

What was the first LGBTQ2IA+ book(s) you remember reading? How did you end up reading it (i.e., were you searching for queer books or did you just happen across it?)

Ha, does fanfiction count? Seriously though, my first experiences with queer writing definitely came from the fandoms I participated in when I was younger – Harry Potter, Cardcaptor Sakura, and Sailor Moon being especially formative influences on me at the time. I wasn’t looking for anything specific when I stumbled into these fandoms but, since I was a boldly curious kid, I found queer fanfiction pretty quickly. And I was amazed! The romantic feelings these characters experienced were the same I was just starting to realize within myself, and it was all considered normal. Representation is a powerful thing at any age, so it wasn’t too surprising that I feel in love with fandom (and why I’m still a huge fangirl over a decade later).

Outside of fanfiction, my first queer book was David Levithan’s Boy Meets Boy. I discovered the book tucked away in my middle school library right when it came out in 2005. By then I had been reading fanfiction for about a year, so my queer radar was locked and loaded when I saw that title peaking out at me. And I wasn’t disappointed. Boy Meets Boy is a sweet little book about a super progressive town full of queer and trans characters, who are trying to plan their futures and end up falling in love in the process. It’s a romantic comedy where no one dies, no one suffers from explicit violence or hatred because of who they are, and the boy gets the boy in the end. This book positively shaped my budding understanding of my queerness and the potential happiness I could find from it.

Oh, this question is painful! Let me just throw out the books that I’ve read recently:

The Gentleman’s Guide to Vice and Virtue by Mackenzi Lee: it’s a new favorite of mine that came out just this year, and it’s such a gem. The book delivers a deliciously tense will-they-or-won’t-they historical love story that also deftly explores race, disability, abuse, and feminism. I was also lucky enough to interview Lee about the book during this year’s Flame Con, and she is beyond cool!

The Left Hand of Darkness by Ursula K. Le Guin: this book was assigned reading during a Cold War history class in college (gotta love those liberal arts schools), and it’s held a special place in my heart ever since. Left Hand was my introduction to Le Guin’s writing, and through her I have discovered so many new literal and literary worlds. Literary, she has helped shape my gender identification in ways that I’m still trying to personally articulate and express. Meanwhile, Left Hand was the first science fiction novel I read that showed all the imaginative and important possibilities the genre can hold for our ideas of race, gender, and love in the future.

The Vintner’s Luck by Elizabeth Knox: my feelings for this book are so biased. I bought this book during a particularly stressful period when I lived in Paris, and it comforted me even while everything else in my life was, to put it mildly, a total shit-show. Vintner’s Luck is a somewhat obscure and bittersweet love story between an angel and a human (whose life is also a shit-show, actually, so maybe I was projecting while reading this!). It absolutely broke my heart a million times, but sometimes you need a queer story to remind you of your own humanity and the choices you make to find happiness in this life. It’s not all bad, though. I can guarantee I looked tragically beautiful to all the strangers that caught me crying at this little café by the Seine when I finished reading it. And that just perfectly captures the j’en sais quoi de Paris, non?

An Unkindness of Ghosts by Rivers Solomon. I’ve spoken about this book a lot this year on Bookmarked and my personal social media, and I am more than happy to do so again because I felt so seen by it. I share many of the same identities and experiences as the main protagonist of this harrowing science fiction novel, which so rarely happens in a literary landscape that is still shamefully scarce of non-white stories and perspectives. This connection is all thanks to Solomon who, as a nonbinary queer black author, colors this fictional world with many of their own experiences.

Can I say again how important representation is in the media we consume? Yeah, I’m saying it again, and I’m going to add how critical it is for marginalized creators to have the opportunity to share their work and forge this shared connection with readers who do not often see themselves. We learn about the boundless and legitimate nature of our humanity from seeing it, in all its variety and nuance, reflected back at us. I cannot describe the joy and relief I’ve felt since reading this book.

While I’ve never had a problem with finding queer books in the past, I definitely feel like we are experiencing something of a queer renaissance in the publishing world. Not only is there an abundance of queer stories being distributed in all sorts of literary works these days, but I’ve been so happy to discover the increasing amount of queer black and brown stories being published as well. This increase is nowhere near as it should be in 2017, mind you, but it’s noticeable enough to celebrate the transformative work we’re getting. This change can especially be seen in young adult fiction, which this year alone has been dominated by authors such as Adam Silvera and Anna-Marie McLemore. And where fiction fails overall, indie comic books have taken up the slack in a pretty significant way. It’s been a great moment for queer fiction thus far, and I sincerely believe it will only get better – and should strive to be better – in the coming years.

Do you know other LGBTQ2IA+ readers or participate in any LGBTQ2IA+ reading communities (in person or on the Internet)? What’s it like? Why or why not?

Since becoming a Real Adult with corporate, freelance, and family responsibilities, I don’t have the time to actively participate in communities that share my voracious queer reading habits. Besides that, I’m actually really shy, so I’ve never particularly sought them out. This is just in real life, of course, since I somehow find the time to read Autostraddle and procrastinate on Twitter and Tumblr. These sites are conveniently accessible outlets for me to connect with other queer readers and some of my favorite authors, but I would like to use them more consciously to build and participate in queer communities. #2018Goals, anyone?

Thanks so much for sharing with us Paige, especially your beautiful thoughts about the importance of media representation for marginalized folks. I’m very excited to read An Unkindness of Ghosts now!

Known in some internet circles as Casey the Canadian Lesbrarian, Casey Stepaniuk is a writer and librarian who holds an MA in English literature. She lives and works in the unceded territory of the Musqueam, Squamish and Tsleil-Waututh First Nations (Vancouver, BC). Topics and activities dear to her heart include cats, bisexuality, libraries, queer (Canadian) literature, running, and drinking tea. She runs the website Casey the Canadian Lesbrarian, where you can find reviews of LGBTQ2IA+ Canadian books, archives of the book advice column Ask Your Friendly Neighbourhood Lesbrarian, and some other queer, bookish stuff. She also writes for Autostraddle, Book Riot and Inside Vancouver. Find her on Twitter: @canlesbrarian. Some of her old reviews, especially the non-Canadian variety, can be found at the Lesbrary.
View all posts by CaseytheCanadianLesbrarian →
This entry was posted in Bisexual, Black, Fiction, Interview with a Queer Reader, Non Binary, Queer, Science Fiction, Trans, Young Adult. Bookmark the permalink.

2 Responses to Interview With A Queer Reader: Paige Allen Talks AN UNKINDNESS OF GHOSTS, Queer Fan Fiction, and More!